You Need To Hear This

I would like to introduce you to someone. Sometwo. Well, really, the whole band. Even though I don’t know the band. Not anymore. If you’re not sufficiently confused, just keep reading. I bet I’ll find a way to make it happen. The reality is that it’s mainly one person I want to introduce you to. But there’s another person right behind her who is every bit as important as the first introduction.

I’m talking about Patrice Pike. She’s been around in some form or another since the late nineties. I’ve been catching her live shows since about 2002, I think, when she fronted the Black Box Rebellion. That’s what I meant by some form. Not that she sometimes takes the form of a dragon, or a tiger – though I would not be surprised because of the level of bad-assery she achieves on stage. But you see, I’ve also seen her do shows fronting the Patrice Pike Band. I’ve seen her do solo acoustic sets. Then acoustic sets with her lead guitarist. And I’ve seen her lineup change many times.

You may also have heard of her and not even have known it. Her first band – the one that had a major label in the 90s – was Sister Seven. They started as Little Sister, but found that name had been taken, apparently six other times. Hence the Seven.

Anyway, at just about every turn – not quite every, but just about – Wayne Sutton has been there with her. 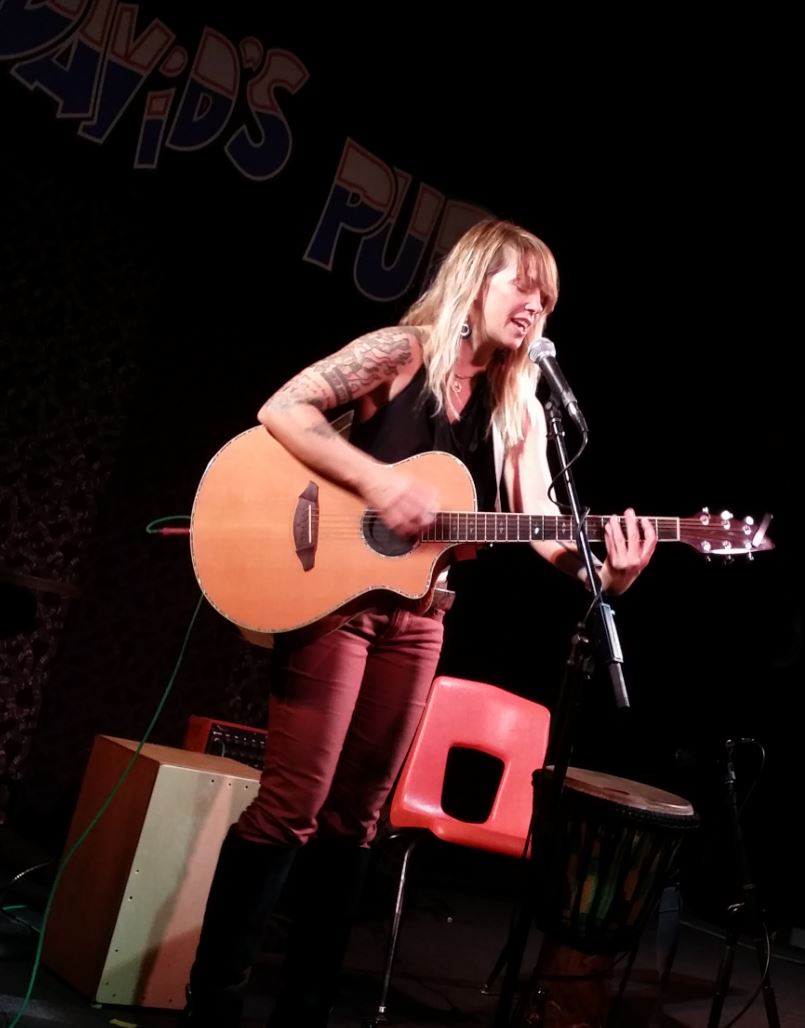 He’s the lead guitarist extraordinaire, and they seem to go together like caramel and more caramel. Why is it that I have seen more of her live shows than any other artist? Well, because she (they) put on a better show than just about anyone I’ve ever seen. And it’s usually in a small enough venue where my table is right up front, Goodfellas style. It’s very intimate in these little venues, so you really get to witness the power of her voice. Her force. I honestly learned a lot of my stage presence from her, and used it when I fronted my own band.

Remember the show from 2006 called Rockstar: Supernova? Tommy Lee, Jason Newstead and Gilby Clarke had this show setup to find a new lead singer for their supergroup. Wait. Let me retype that… “supergroup”. There. Yawn. Yeah, she was on that show. I remember when that ended, telling her after one of her shows how happy I was she didn’t win. She was so much better than those guys. She writes better music. She has better presence. More to give. They would have held her back. Anyway, look how well Supernova is doing now. You heard their latest album? It’s a re- — wait. I’m sorry, I’m being told they didn’t actually ever release anything beyond the trial. It flopped pretty hard. (Probably because they didn’t pick her.)

There’s so much soul in that tiny woman that it’s almost paradoxical. Like a woman’s purse – bigger on the inside than the outside – she somehow defies dimensional physics. And Wayne is one of the most humble and nicest men I’ve ever met. I’ve helped him wind a cable or two after a show, and got to spend some time picking his brain. You would never get from his attitude that he is literally one of the greatest guitarists to ever grace the stage. But this powerful duo they form unleashes a lot of crazy-good music. And that music gives them room to let that soul out in all its glory. To spread its wings and carry you away.

I used to have all her albums on CD, back when I had CDs the first time. I lost them in a chaotic divorce. I still have the digital rips I made of those CDs, but I sure would like to have the physical copy again – just because they’re like treasures to me. Most of them were signed, too. Well, they have a new band called Pike and Sutton, and they’ve released a really good album. I bought a copy on vinyl from their website, a signed copy, to be precise. With a koozie and a sticker. But I would like to suggest that you check them out however you consume music. Amazon, Spotify, Apple… Look for Patrice Pike. Sister Seven. Pike and Sutton. You’ll find them. And you’ll be happy you did.